Last summer on a random weekend, I packed up the camping supplies, rented a couple os SUPs and picked up my friend E. We headed south to Wade and Cliff Lakes. We had never been down there before but had heard it was a beautiful area and it was only about two hours away. The lakes are tucked behind some hills on a random dirt road. There is a campground at each lake and one in between on the hill. We arrived pretty early but all the spots on Wade Lake were taken and Cliff Lake was windy so we checked the hilltop instead and were able to grab one of the last spots. It was definitely a more popular spot that I expected. Several people looked like they were there for more than a weekend. We set up a tent to stake our claim and head back down to the water. 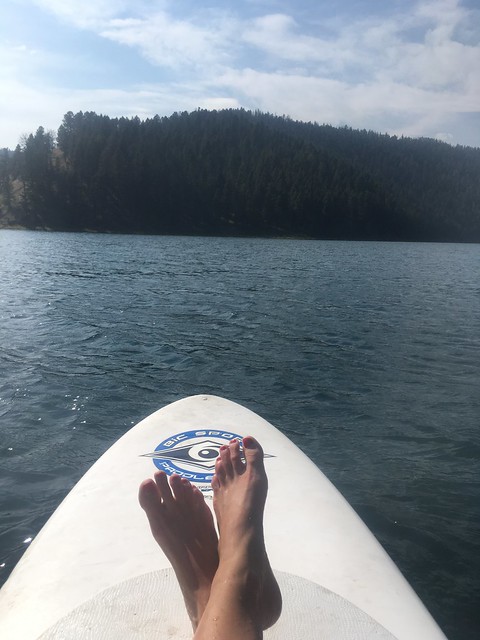 People were fishing and hanging out on the beaches. We packed our lunch up on the boards and headed out. Both lakes are smaller and we were on Wade Lake. We went across the lake and back in a fairly lazy fashion. Coming back we were fighting wind, but once we reached the beach, we laid out with some wind and continued relaxing. 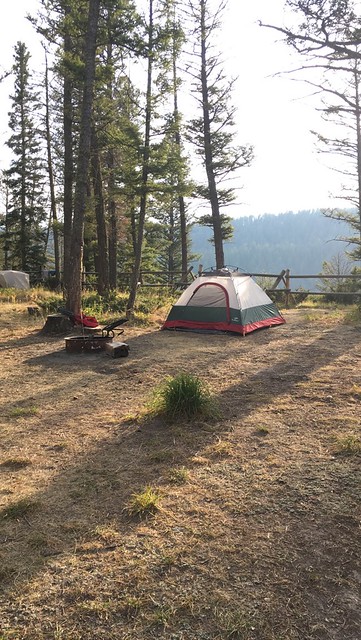 The campgrounds are the typical basic set up and we had a site backed up to cliff. The whole area is a geological fault where the lakes sit and is what created the cliffs around the area. There are little roadside signs and a walk from the campground to the lake explain it all. So beyond a beautiful site, you can get a geology lesson as well. A perfect weekend get away! 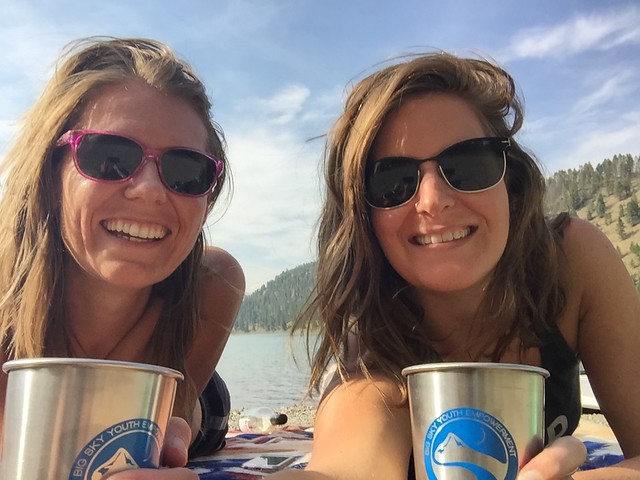 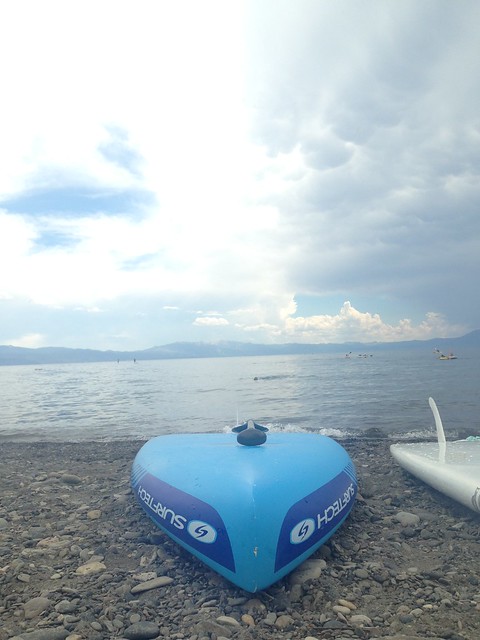 I managed to find myself in California again just two weeks after attending Iris’s wedding. I went on a road trip with Dr. K to her home town of Tahoe City for a long weekend.  And it was nothing like the California I had just visited. I have been to the northern part of the state and seen the redwood forests, but that was over 10 years ago and I kind of forgot that California has mountains and forests, so it was nice to be reminded they exist there. Oh, and Lake Tahoe is beautiful. 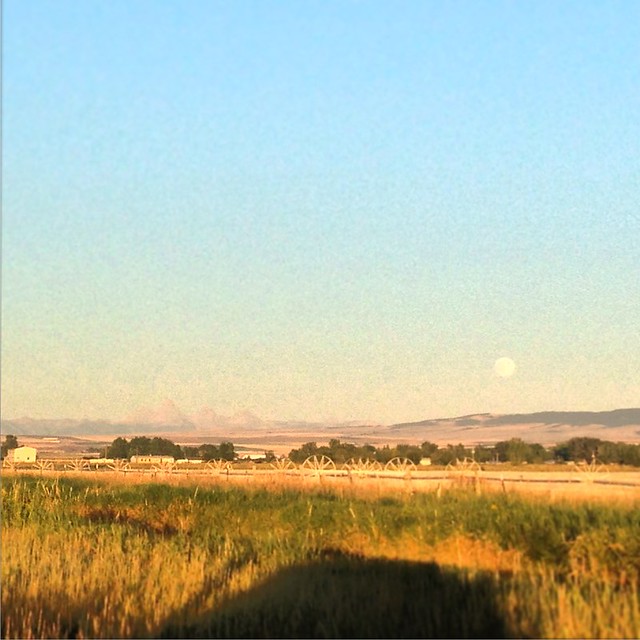 The drive down was pretty uneventful and uninteresting. The best part was the moon rising over the Tetons. We left after work on a Thursday and drove to Massacre Rock State Park in Idaho where we camped for the night.

The next morning we stopped at Twin Falls to look at the bridge and hopefully catch someone base jumping.

We just missed someone and a crew that was setting up to go was taking forever, so we didn’t, but the bridge is beautiful and the canyon kind of comes out of nowhere as you drive up to it. All of a sudden, there is just a big gap in the landscape with the Snake river below. 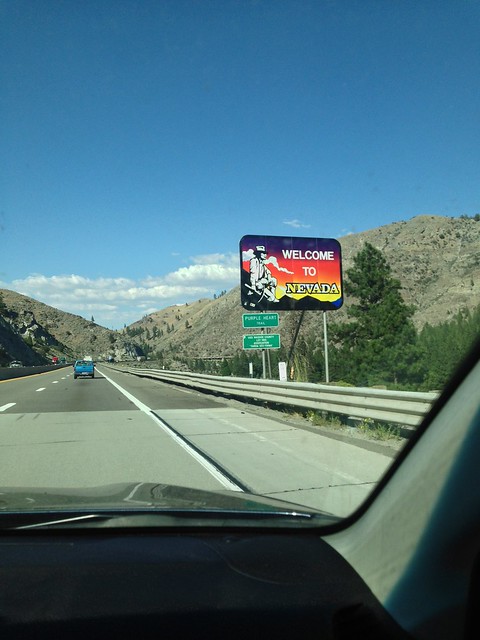 We made it to Tahoe in the late afternoon after stopping in Reno for some In-N-Out milkshakes. (I still think Shake Shack is better, but maybe that’s the New York talking.) 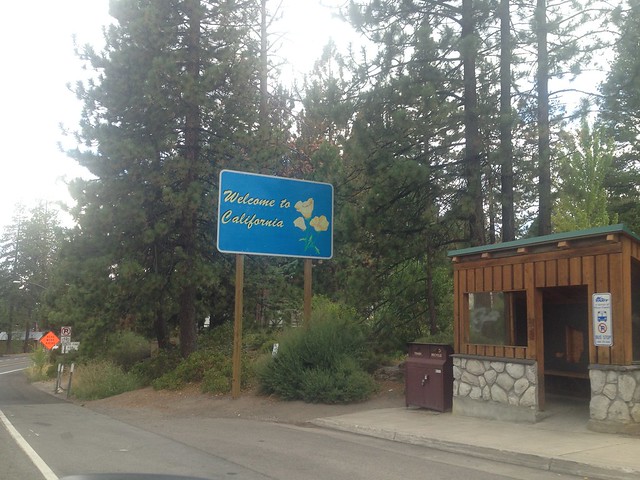 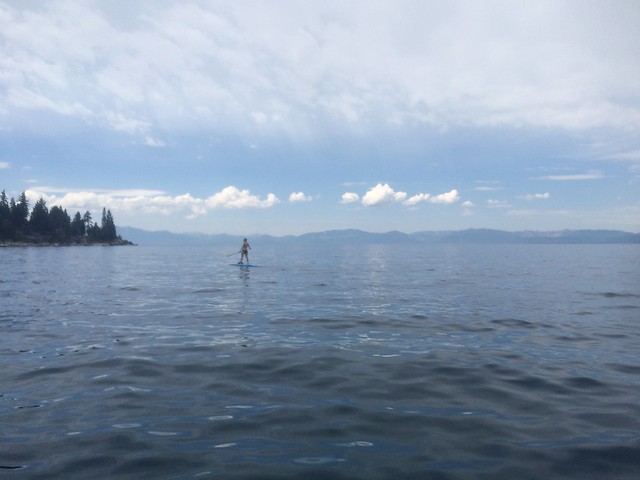 Most of my time there was spent paddleboarding on the lake, alternating between moving and napping. Best thing ever. I need to get one here. One day we went about six miles on them from Sand Harbor past Thunderbird Mansion. 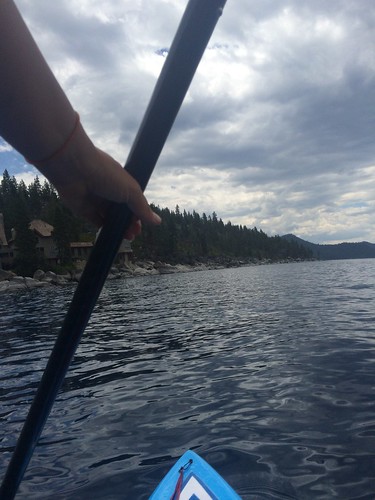 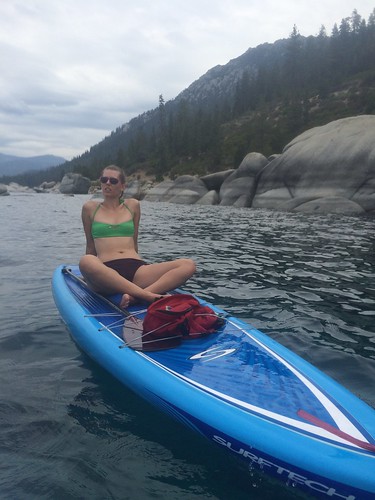 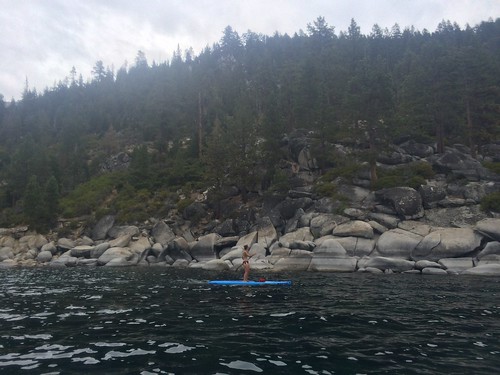 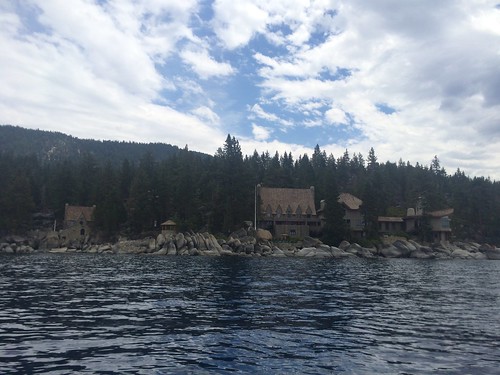 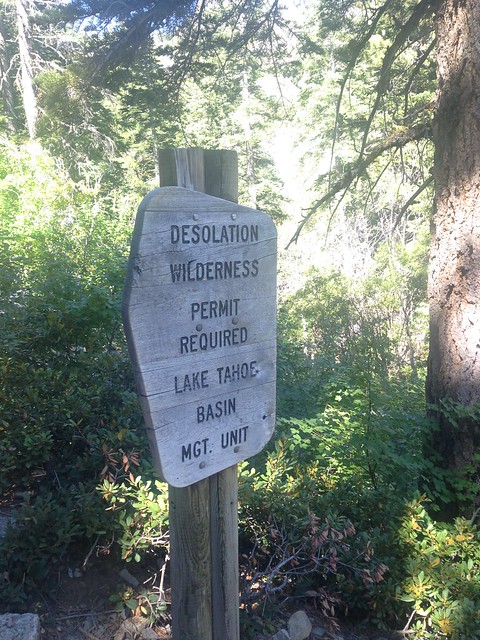 We tried to not be too lazy and did some hiking up to Eagle Lake and around her parents neighborhood, but we ended up on the beach one way or another.

We had some fun driving her Corvair around the shore to Emerald Bay and paddleboarding. At one point with the paddle boards I almost said, “I feel like we should be in California!” Then I remembered I already was. 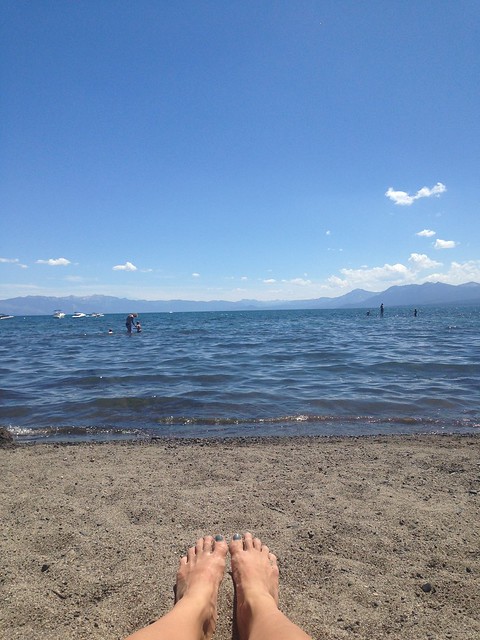 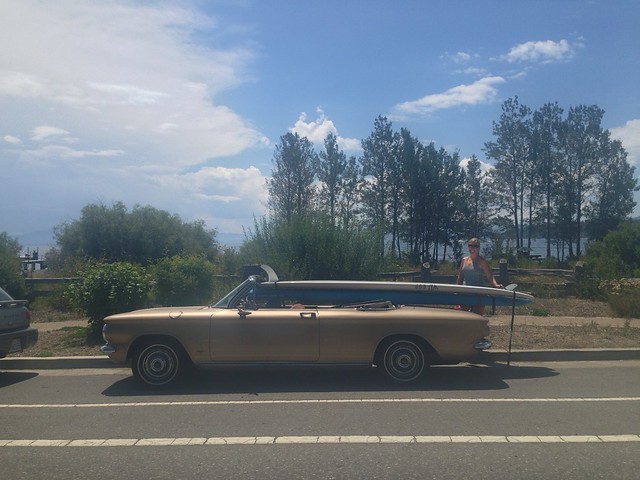 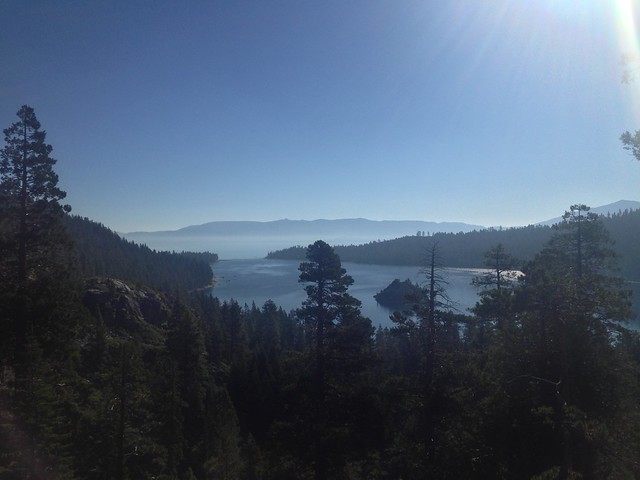 The only disappointing thin about the trip was the bears. Black bears wander through the neighborhood frequently at night, and typically wander right behind or beside Dr. K’s parent’s house. Two nights in a row, the dogs woke us up around one AM as they rushed to the backyard because the bears were passing through. We could hear the cubs and mamma bear calling back and forth, but we couldn’t see them either night. They were in the next line of trees. The third night, if we couldn’t see them, Dr. K was going to take me to the dump to see them up close. They never arrived and the dog never woke us up, so I never saw them. Since then, I have seen them here in Montana, but I still wanted to see them just wandering down the street.

I flew back to Montana on Monday from Reno. Dr.K had to stay for work. I was suppose to tell her that Tahoe was way better than Bozeman. That I didn’t know why she wasn’t moving immediately. I didn’t tell her that. Tahoe was beautiful, lovely and I could lay on the beach all day. I couldn’t live there, it was a bit too small. And to me, it wasn’t that different from Bozeman, except there isn’t a lake right here. But we have rivers and hiking and skiing and lakes a little bit away. And it beautiful here too. Though, I won’t hesitate to go visit her if she decides to move back, I’m going to stick with Montana. For now. 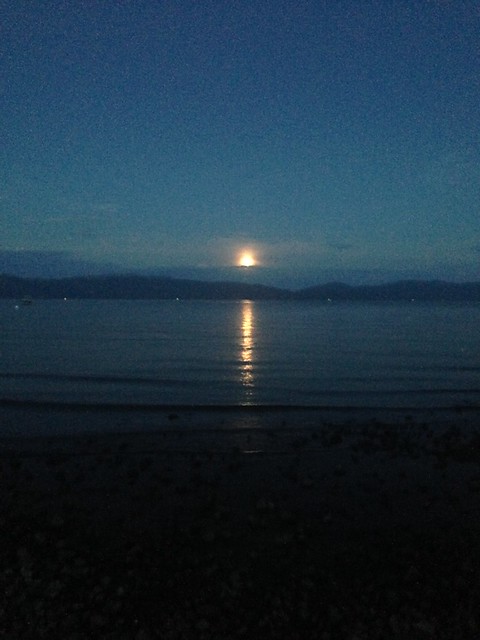